It has been a while since we last heard from Venezuela. It is the middle of !939, Lad has left the employ of Inter-America and has started working for Socony-Vacuum Oil Company in Caracas. Dan is making plans to leave for home whether he has been paid or not because he doesn’t want to continue working for Maxudian with no real prospect of payment. 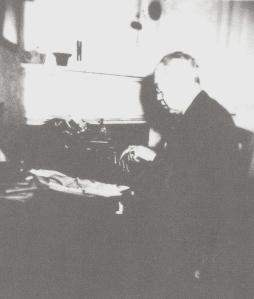 I learned from your letter to Reyom which arrived with your bug letter that you have signed a two-year contract, which Uncle Ted feels is one of the best things you could have done. I hate to think of one phase of the matter – – that of not seeing you for that length of time, but you can’t keep your cake and eat it too, and as this seems to be something which will work out to your advantage, I am all for it. Good luck, and more of it.

No word from Dan last week. Barbara has received the last letter received which was dated June 1 and in which Dan had tentatively planned to sail for home on a Grace Line boat on June 22, which would bring him to New York about July 3. He said something about possibly visiting you, but I don’t see how he could possibly do so and keep this time schedule unless he could make a flying aero trip to Pariaguan and back, which would probably be impossible unless the airplane route you expected MIGHT be intuited as an actuality (and this I doubt or you would have said something about it in your last letter). With three weeks before him at the time he expressed these intentions there is ample opportunity for many changes of plans, so I am waiting with unusual interest for the receipt of his next letter to hear further news.

We all went down to Dave’s graduation from 8th Grade last Thursday and saw him handed his diploma. This week practically marks the end of school both for Dick and Dave. Wednesday Grandma tells me Kemper is coming to get her, bag and baggage, to take up her residence in New Rochelle. No plans have been made as to what we will do in the way of meals after that time. Ted and Helen have said nothing about going, which complicates the problem somewhat, as, were we alone, we could act differently than we can with them here.

By the way, pretty soon you had better be getting a new typewriter ribbon as your letters are getting a bit faint for us to read without glasses under a high-power bulb.

Uncle Ted has not received any further news from his legal claims, but through the efforts I have been making, I received a letter from Sen. Maloney of Conn. enclosing a letter written personally by Cordell Hull in which he says he has taken the matter of your claim and Dan’s up with the American Consul in Caracas, so it looks as though some real attention might be paid to the matter when Hull himself gets after the matter.

(As I look back over what I write and see some of the mistakes and hitting wrong keys, I marvel at your forbearance in not even mentioning the lousy typewriting I regularly send you)

Last night there was another hot town meeting in which friend Sexton again attacked the First Selectman (Grandpa) on the matter of the truck purchase, inspite of the fact I had, a few days before, put an article in the paper explaining just what the whole thing was about. The enclosed clippings will tell you the story. The vote they took empowering the Board of Selectmen to hire an auditor to make the audit is foolish, for because, without an authorization for the town to spend the money required, which was not authorized, it would be illegal for me to enter into any contract to have the work done, so I don’t see that their vote amounts to anything. However, we will see what the next move will be as the Taxpayers League are behind the thing and must realize that truth also.

The town is busy oiling roads. Thursday a chain holding the drag we were hauling behind the town truck to smooth or “hone” the road after oiling, snapped and broke old Mr. Cooper’s leg. He was taken to the hospital in the town ambulance, Mr. Bradley doing the driving as no constable could be located. I am making arrangements to have Nat Hayward’s car equipped with a radio and asking the Bridgeport police to extend their radio shortwave broadcasting to Trumbull, as they have to other surrounding towns.

Uncle Ted has just come in and knowing I was writing to you asked me to say that you want to drop a line to the American Consul, Mr. McMillin, and tell him if you have not yet been paid, to intervene for you and ask if he cannot do something to see that you are paid your back salary. Just a short note is all that is necessary. Of course you needn’t say anything about my letter from Mr. Hull. Uncle Ted says he expects to write to you himself shortly. 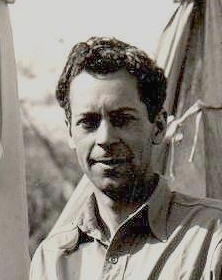 Oh, lest I forget, I have mailed you two books which you may keep down there to start a town library or lend to any of the other boys who may enjoy them. I will send others from time to time which also need not be returned. A couple of magazines, I hope, will also be arriving regularly pretty soon.

In one of your previous letters you said something about having given instructions that part of your salary was to be sent home. I have received no check from Socony-Vacuum to date, which I suppose is because they have been paying you in cash up to the present in view of the fact you have not signed a contract. I merely mention this in case you had made other arrangements and might possibly expect I had been getting checks from Socony-Vacuum in New York and had not mentioned receiving them. As next month I have to pay interest on the mortgage and the last half of the year’s tax, I may not be able to do much for Dr. Clark for a month or so.

Well, since I finished writing the last paragraph I have listened to Charlie McCarthy, and since I cannot find anything more to write about I may as well sign off. You might ask a few questions as they occur to you now and then which will make it a bit easier to make my letters more interesting. I sometimes feel they are just a bunch of tripe, but at least it lets you know some of the commonplace things that are happening back in the old corral, and is evidence, if you need any, that we are still thinking of you. Good night, old snoozer. We’ll be waiting for your letter today or tomorrow to find out what’s happened since your last.

Maybe the next post from Venezuela will tell us what’s going on with Dan. We haven’t heard directly from him in a while. I admit, sometimes I wish I had the extra time to read ahead and get my questions answered NOW.

Do you know someone who grew up during this time period? Maybe they would enjoy reading about the goings-on of another family during the same time and you could share my blog address with them. It’s also very easy to have these posts delivered right to your inbox. All you have to do is scroll down about half way and on the left, you’ll see a “FOLLOW THIS BLOG VIA EMAIL” sign. Just click on it and enter your email address – that’s all you have to do – and you’ll get each post delivered directly to you.