The Gospel According to St. Lad.

On the day of the wedding Dan came in about 8 o’clock and woke me, suggesting that I get up right away. That I did and after folding the blankets and straightening up the room a bit, I went out to the kitchen for breakfast. That consisted of a cup (chipped in with no handles) of coffee and a piece of bread and butter. That was the extent of the variety but I could have all of it I wanted. I just had one of each. One at a time the others showed up and by nine everyone had eaten if he desired. Then the rush for the bathroom began but I succeeded in getting a shave about 10 or a little after while the girls were helping Paulette get dressed in her room up on the third floor. All this time there were last-minute preparations being made by the male members of the household, as well. Shoes to be shined, last-minute mending of buttons, etc., on old clothes and general sprucing up. The house was hectic and Mme. Senechal said that next time she would never have an

Page 3 of the Gospel

American as a son-in-law. (As Paulette is her last daughter she shall have her wish. By eleven someone realized what time it was and an uproar started. The wedding was scheduled for 11:30 and Dan and Paulette, plus close relatives of each, had to go to the City Hall to sign certain papers beforehand, so we all dashed out to the hired cars and took off. The signing of the papers was rather a formal procedure in itself and we were marched in, in procession, like the wedding ceremony itself. The official, a friend of everyone there, had just gotten his appointment a few days before he was rather happy, but everything went off O.K. (by “happy” I mean pleased at the office”.) We each, after taking an oath, which I didn’t understand, but upon which I was enlightened by Dan, signed our names to three or four papers and then, following custom, Paulette, starting with Dan and going the rounds, passsed a plate for contributions for the poor. It seems that it happens at every gathering, the bride-to-be passed it at the paper signing conference. After that we marched formally out again and got back into the cars. 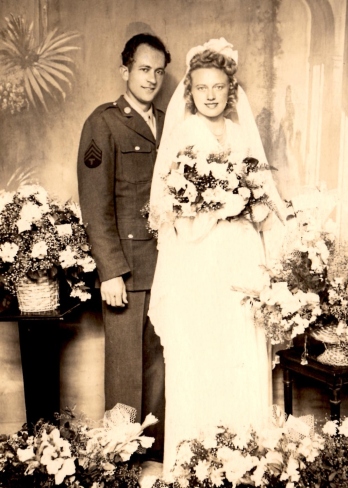 The church was almost across the street from the Senechal pharmacy-home, so the cars drove away after leaving us at the church. Incidentally, this was the first time an American had been married in Calais so there were crowds everywhere we went, just gazing. The church, from the street, looked just like somebody’s home or a business building, as do all the houses in French cities and it is hard to tell which is which until you get out of the business district. Inside, however, it looked like a rather nice place, but not a very prosperous one. At least it was clean. Just a few minutes late the ceremony started as a small organ played the wedding march and after we all were in our places, the priest began the longest oration I’ve ever listened to. For about 45 minutes he talked, very very frequently saying “je suis avec vous, tontes les jours”. He repeated it so much that later in the afternoon someone asked me if I’d like to have him with me, like he was apparently going to be with Dan and Paulette.

About 1:30 we got out of the church and went across the street to the house. There, preparations had begun for a sumptuous feast, and about 2:30 or 3:00, after extensive picture taking, the meal got underway. What we had to eat you have to ask Paulette, I imagine, but it consisted of eight or 10 courses, and as I was not informed beforehand, I could only do justice to about 3. And anyway, I wasn’t feeling too good. My stomach was acting up a little, but after drinking quite a few varieties of wine plus some good cognac that Dan had gotten from where, I felt better and had a fairly good time.

At 4:00, Dan and Chiche had an appointment with the photographer, so while they were gone things were practically at a standstill. But upon their return, the party resumed. About eight or nine we got up from the table and the room was cleared of all “debris”, while everyone got ready for a dance. A two piece orchestra, accordion and saxophone, came in plus all the Senechal’s friends and their friends and we danced (frog-hop mostly) until about 2 A.M. The party broke up when, much to everybody’s consternation, Dan and Paulette made a break, assisted by myself and two of her sisters. For about 30 seconds we were able to hold off a few of the more aggressive, giving them time to get to Paulette’s room and lock the door. The next day Dan told me he was worried, fearing that they were going to break the locks, but other than finding and trying from 20 to 30 different keys, they left them alone. Right after that the party broke up and everyone went home.

Page 4 of the Gospel

During the day, Dan’s Scottish friend came in, so he had told me where to sleep, and a Canadian, Jack, another friend, had suffered (?) with me. At the table there was quite a representation. Friends of the Senechals made up the French representation. There were also people from Scotland, England, Canada, Denmark, Belgium and the U.S. — seven countries.

Next morning after breakfast I went back to the Senechals. There I also had some coffee and went out to sit on the back porch. The Sears Roebuck catalog was the only reading material so I read that until the household got up. Although I failed to mention it earlier, everyone, with the exception of Paulette and “Papa”, thought at one time or another that I was Dan. I never thought we resembled each other but the people there were always calling me “Dan”. Anyway, while I was sitting on the porch, “Maman” got up and seeing “Dan” out there alone thought, “Already they’ve had a fight”, so she came all the way over to the chair before she realized. Upon recognition she was so happy she broke into laughter and woke up the rest and they all went in to breakfast.

Tomorrow and Friday I’ll post another letter from Grandpa with updates on the entire family.

On Saturday and Sunday, I’ll be continuing the Autobiography of Mary E. Wilson. 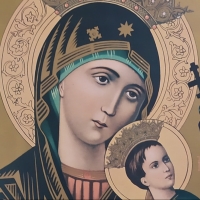 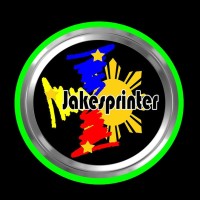