This is a picture of the Secretary belonging to my Grandmother, Arla, wife of Grandpa. My guess is that it was purchased shortly after the family moved to the Trumbull house, making it about 95 years old. Grandma Arla passed away in 1933 after a long illness, leaving 6 children, ranging in age from 17 to 7. 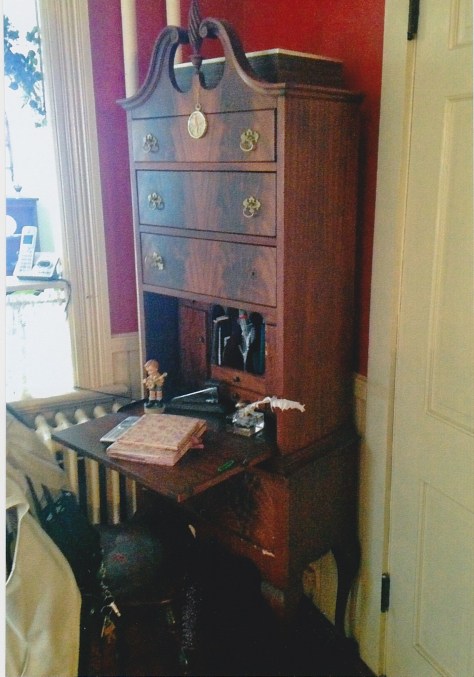 Tomorrow, the final Guest Post from GPCox, pacificparatrooper , about the role women played during the war. I think you will enjoy it.

Next week, we go back in time to 1943 as Lad arrives in California at the Santa Anita Base outside South Pasadena. The location had been used as a holding facility for Japanese-Americans and was in the process of being converted to a military base. Construction was not complete.