This weekend I am going to share pictures taken of the Trumbull House, featuring the oldest portion of the house built in 1756. There is no record of actual year the house was built but family lore has it that this date was carved in one of the beams in the cellar. I don’t know where this carving is specifically but I have the suspicion that Grandpa found it. I hope you enjoy the architectural features that are visible in these pictures.

This view from the “Big Driveway shows the oldest portion with the addition on the far right. The front door at the top of the stairs was the formal entrance but was not used when I was growing up.

Quote from Dick (Richard Peabody Guion) concerning that front door: “One of my earliest memories is Mom at the front Dutch door, talking to someone from the Red Cross. I was standing next to her and she was running her hand through my hair. It was heaven.” 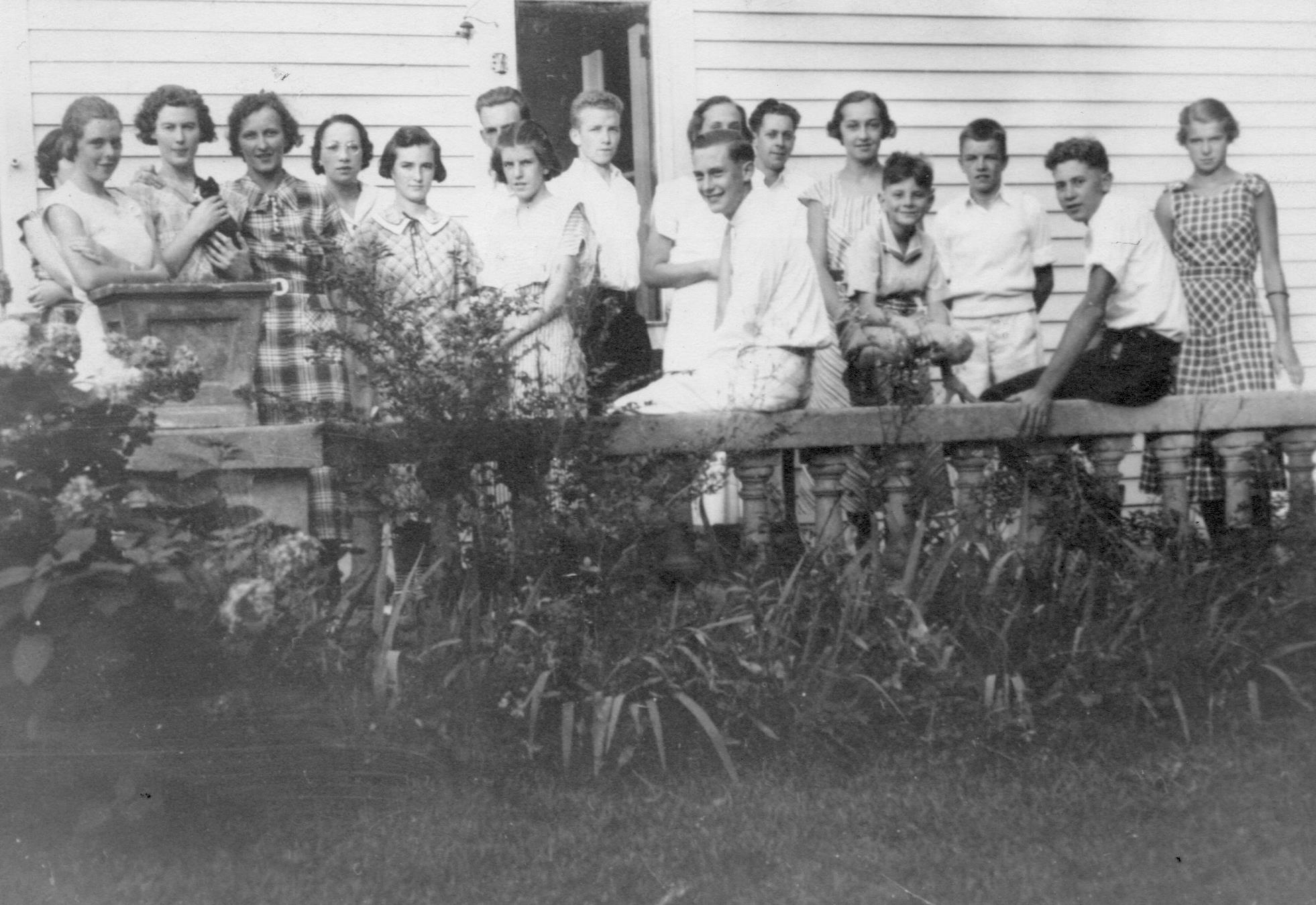 This picture, taken of “The Gang” who came to the house quite often, shows the side porch, also known as the “Summer Porch”, and the entrance to the oldest portion of the house.

Quote from Lad (Alfred Peabody Guion) concerning the house: “Our house was the center for the local population. All the kids our age congregated at our house because of everything, and my Mother, of course. She was very pro-social, in her own life and in ours. She was a wonderful woman.”

As you walked in the side door, you entered the kitchen. This is the warming oven and a portion of the fireplace. 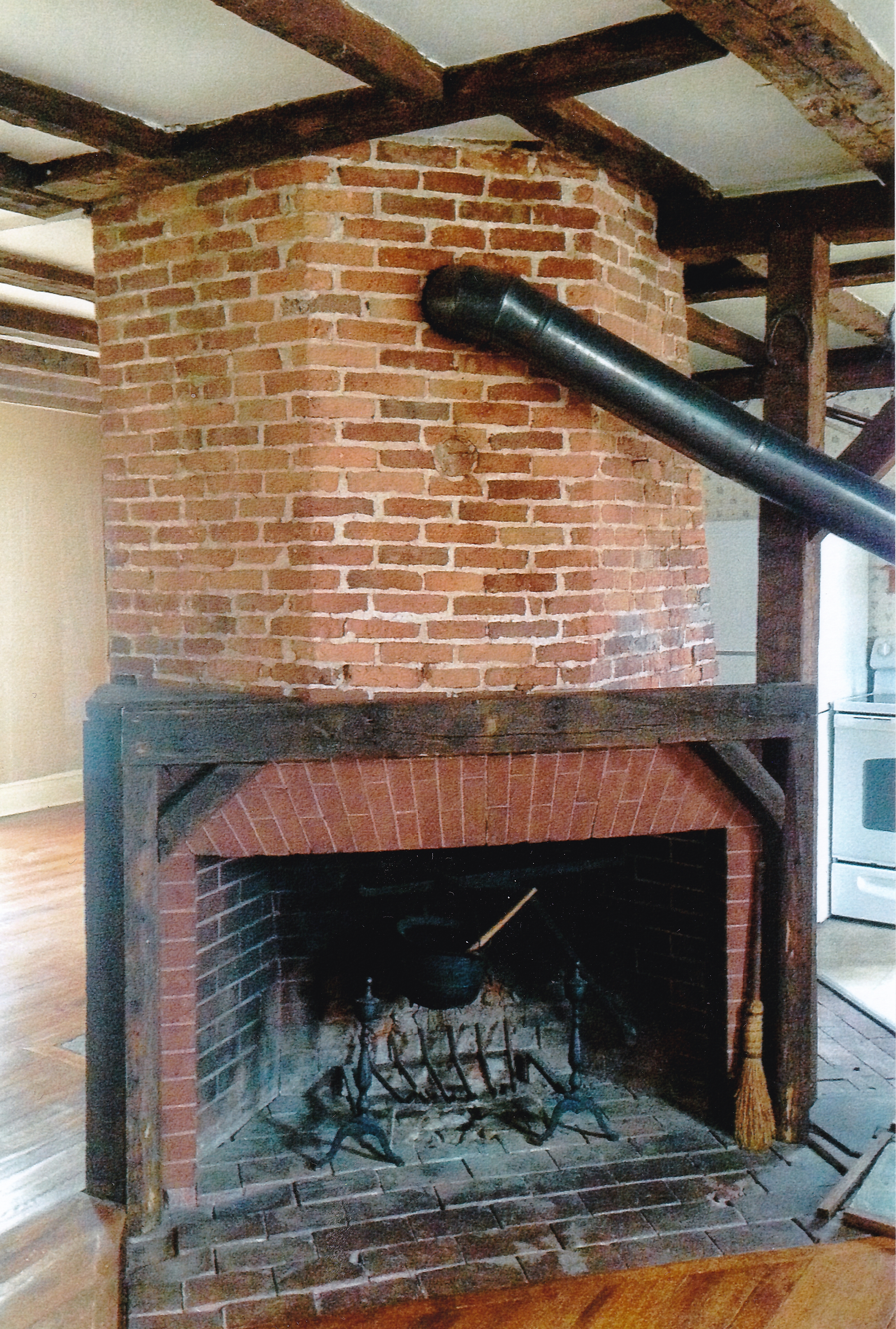 This is the fireplace in the dining room. This chimney wraps around and the kitchen fireplace is to the right. 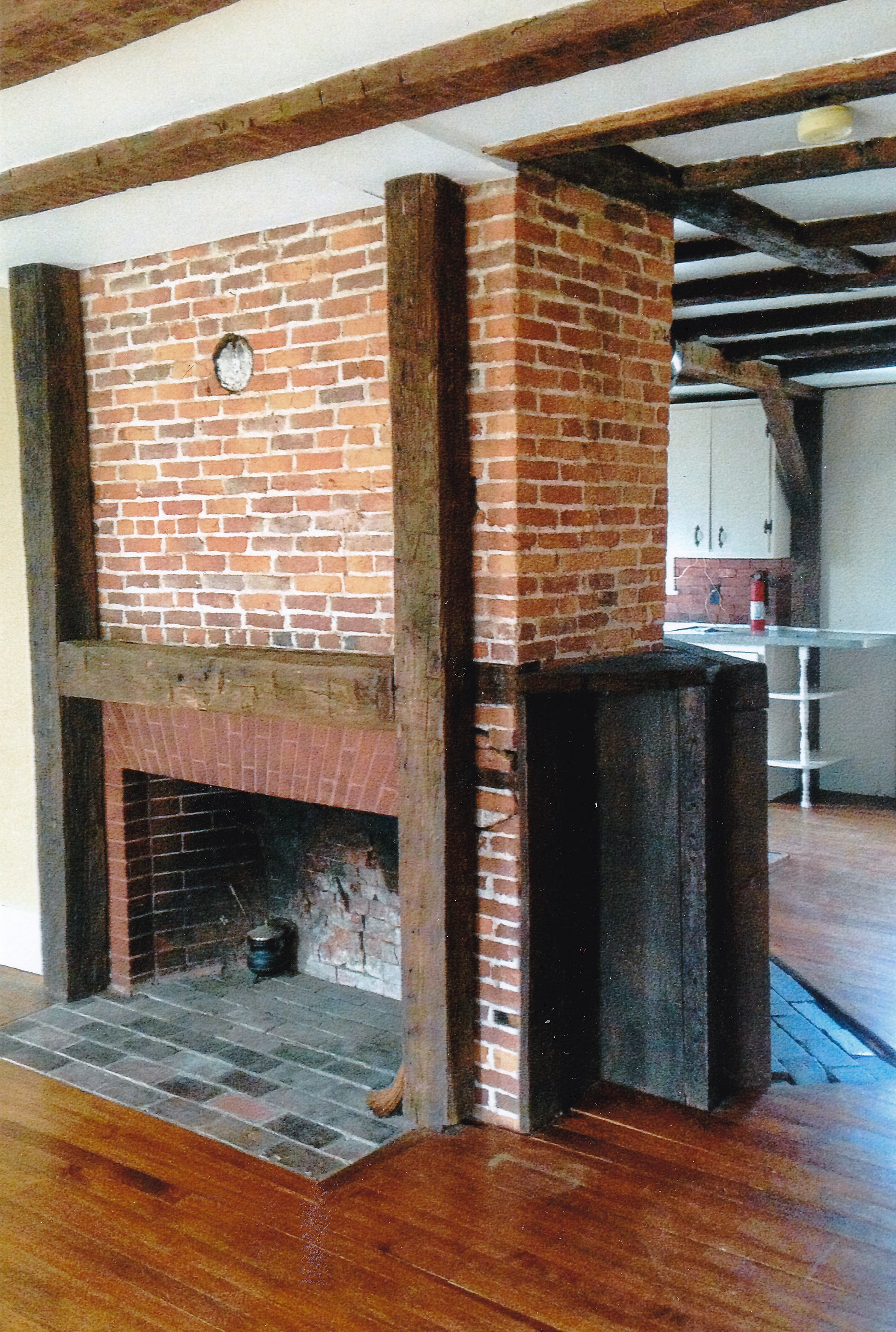 This is the fireplace in the living room, known as the “Music Room” when the children were growing up. This is where the player piano was located and where the young people congregated every Sunday night. They sang songs around the piano and Grandma Arla served cookies and hot chocolate. This is where Dave met his future wife, Eleanor Kintop.

This massive chimney also had two more fireplaces upstairs. I believe the bricks (and perhaps the construction) were made by Nero Hawley, a slave at the time of construction. 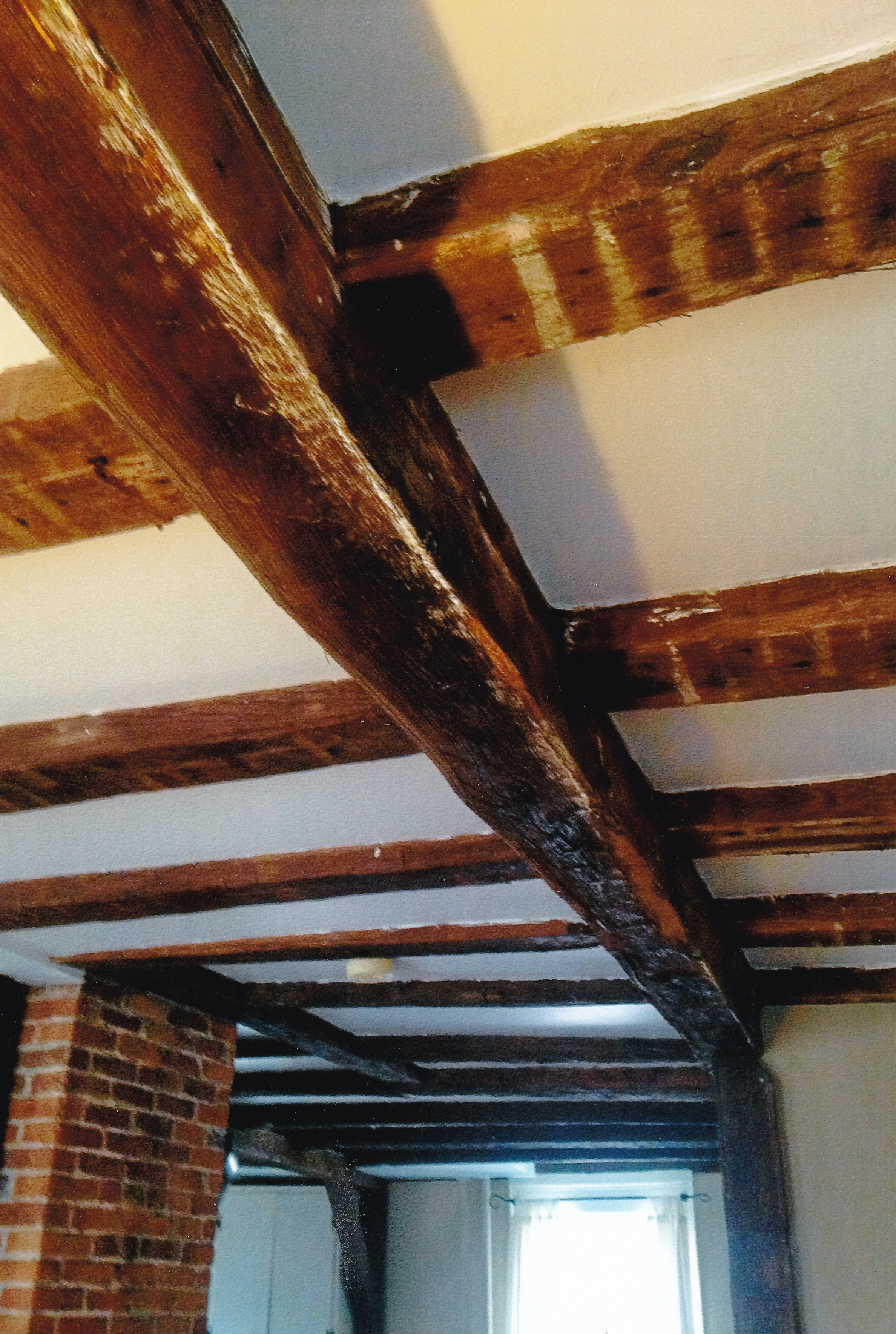 These pictures are of the beams in the first floor of this portion of the house.

This picture shows the beams in the Living Room and the front Dutch Door.

Tomorrow, I will have more pictures and stories about this portion of the house.