Our Family Island Retreat was purchased in 1945 from Rusty Heurlin’s family because they no longer used it and Grandpa’s family was growing. Grandpa and his children thoroughly enjoyed any time they spent there.

From now until the end of the summer, and perhaps into the fall, I will be posting pictures of places on the Island and sharing stories and memories of these unique places. I hope you can enjoy a few peaceful moments while I share these memories with you. 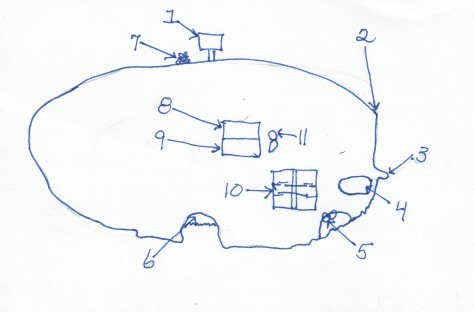 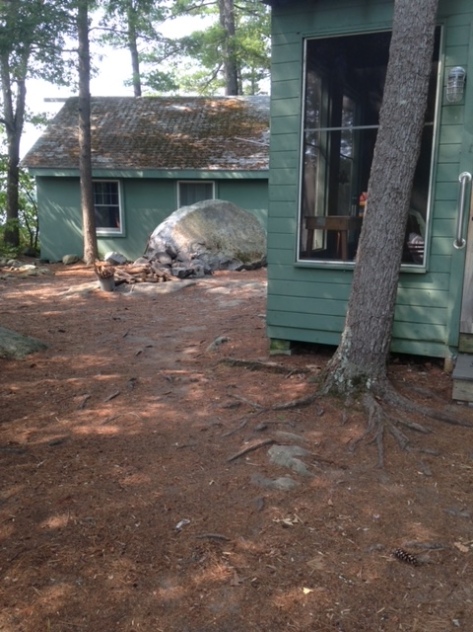 Sheba between the Cook Cabin and the Sleeping Cabin.

The Fire Pit (hidden by the chairs) and Sheba in front of the Sleeping Cabin in 2007.

Sheba, named by my children and maybe not called that by any other members of the family, is a large rock located between the Cook Cabin and the Sleeping Cabin. My daughters wanted to sit on top of the rock but I would not allow them to go up there until they could show me that they could run up the face of the rock and sit down on top all by themselves. I never wanted to place them up there and take the chance that they might fall off.

When I was a child, we had to take the same test and it was one of the first “rites-of-passage”. 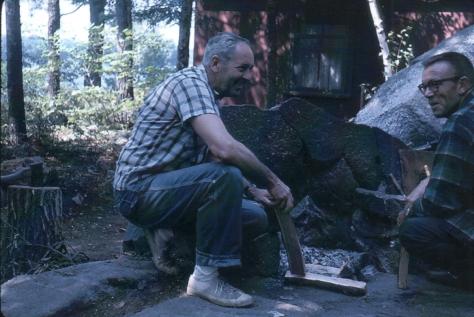 Lad and Pete Linsley in front of the fire pit, with Sheba to the right, in the late 1950’s. 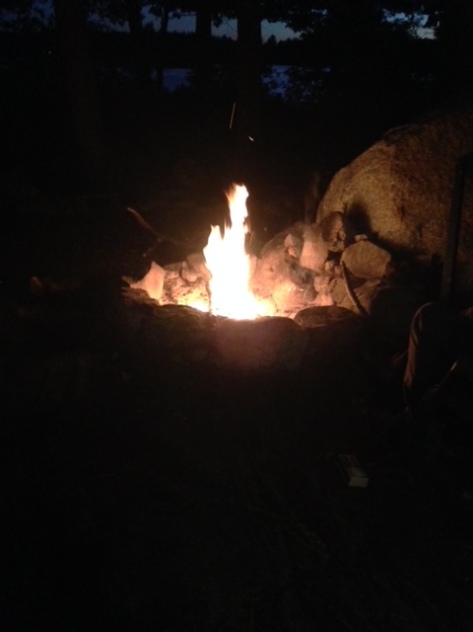 Fire in the Fire Pit in 2020. The Fire Pit has been enlarged and improved over the years.