Telegrams and letters from Jean announced safe arrival at Miami. She says: “The plane trip was quite wonderful, except from Washington to Columbia, where it was really pretty rough. We ran into such a thick fog I couldn’t even see the wing of the plane, and we had many air pockets making the plane drop and rock and roll. That’s when my stomach did a few flip-flops and my heart skipped a few beats. I was more than a little scared. After we left Columbia, tho, it was really beautiful. The weather was clear and I could look down and

see all the cities. Then I relaxed and concentrated on my magazines. Why, I feel just like an old timer at flying. They served us lunch after we left Washington – – stew, mashed potatoes, frozen peas, radishes, olives, hot rolls, butter, tomato salad, peach tart and coffee. It was so good I ate every bit of it. When we left Jacksonville they gave us our dinner – – fried chicken, beets, string beans, roles, melon and cherry salad, coffee, pudding and cookies. It’s pretty wonderful, the things they can do on a plane. Of course they don’t cook these things on it – – they are put on the plane at a stop nearest the time were supposed to eat and then kept warm in containers. We got to Miami a little after 9 and the Danby’s met me. They have a darling house about 7 miles from the city. It’s nice and cool out there – – not at all as I had expected it. Wednesday I reported. They gave me two shots, one in each arm, for typhoid and yellow fever. I have to have three more, so I’ll be here for a while yet, and then, when my passport comes, I can be on my way. (Later letter said the passport had come).

Ced, Just a few minutes ago Ted Southworth came in and told me that last week he had been hired to fly a ship back from Georgia to Mass. and that down there were from 3 to 4000 planes of every description that the Army is selling (the bigger ones on time) and that Art Woodley, if he hasn’t already covered his needs, might write, as you could also, to the R.F.C., Bush field, Augusta, Ga., and ask for a list of the planes for sale. Taylorcraft, Aeronca and Pipers such as you are interested in, and of which there are hundreds, sell from 550 to 1150, while the larger biplanes such as the Fairchild (open job) sell from $850 to 1275. The 1-2’s, he says, seem to be in excellent condition. Art might be interested in the Lockheed transports they have, Lodestar, Ventura, Hudson or possibly the Twin Beaches. What they can’t sell they will probably scrap or burn.

Dave, there is nothing new about the camera. The Rangers did not hold any blowout here for Johnny Vichieola last Saturday.

Dan, I am wondering if you received the package containing your tripod. What happens if you have sailed for the states? Do they follow you back home or return to sender?

Dick, I asked Jean if she would ask you to send me another box of Brazilian cigars. Let me know the cost and I will remit. If this gets to you before your birthday, many happy returns I’ll be thinking of you and hoping and wishing all good things.

Lad, thanks for sending me the maps of Paris prepared for servicemen. I tried to locate Drancy but the maps were not on a large enough scale, showing Paris only. It was interesting to see the location of various places one hears so much about.

How would you boys like to have some nice homemade rhubarb pie, rhubarb from our own garden baked by Marian’s masterly hand? We had some for dinner today. In our present frame of mind, I’ll gladly pick some more and she’ll gladly bake if you’ll promise to drop in before the month is out. Are you on? Meanwhile, atomically yours,

Tomorrow and Friday, the Gospels according to St. Dan and St. Lad regarding the wedding in Calais, France. 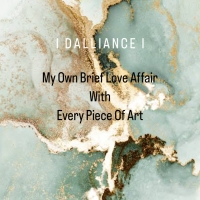 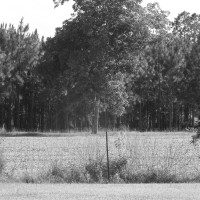 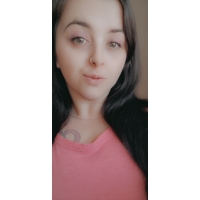